Today is an exciting day!! I am on my way out the door to the airport and after a long flight which will include a few naps and a little reading I will arrive in Italy. Venice has become an old friend and it will be great sharing her with new friends and to photograph her in the afternoon and evening light. What a Great Day!! 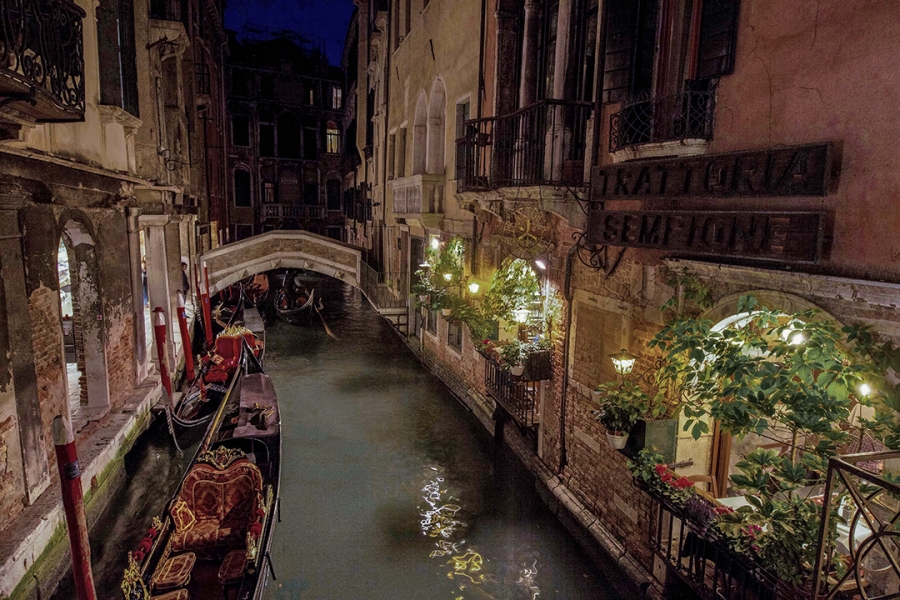 To Save 15% on any of the Topaz product Click Here

Tomorrow I Fly to Venice!!

Tomorrow I fly to Venice to settle in before the workshop starts. It will be wonderful walking the old familiar streets and checking out where the scaffolding has been taken down and where it has been moved to. Venice is in constant repair and there are images that I have waited patiently for the renovations to be completed before I can capture them. For this image of Santa Maria della Salute I waited patiently for close to 10 years before the renovations were finished and the scaffolding was taken down. It was worth the wait!!

Photography has given me an appreciation of the moments that I spend waiting for the exceptional light that each day gives us.

To Save 15% on any of the Topaz product Click Here

There are some images that I capture that just say romance and on Valentine’s day want to share one on my favorite romantic images. 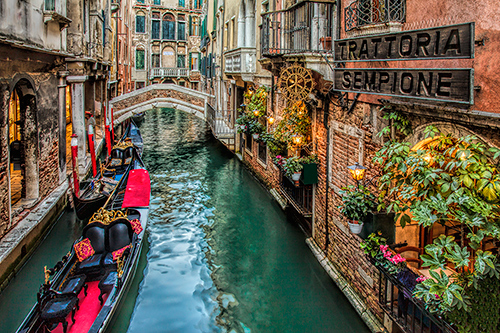 What could be more romantic that sharing a gondola ride with the one you love and then having a romantic dinner on a Venice Canal. Hope everyone has a little romance in their life.

I have started planning a 2015 spring workshop in Venice, Italy April 24-28

The Vaporetto – Water Buses of Venice

Vaporetto – The Water Buses of Venice

Venice is 12 km by land and 10 km by water from Marco Polo airport, Venice is well connected to the by both water and land public transportation lines. You can get to Venice from Marco Polo airport either by sea or by land. The easiest way to get from the airport to theRialto bridge is to take the Alilaguna water bus which will run 25 euro round trip. When you come out of the front door of the Airport take a left and follow the covered walkway to the end. The walk will take several minuets.  Take the Linea Arancio “Orange Line” to the Rialto Bridge. You can buy the ticket inside the airport or at the dock before bording.

Once you have arrived on the main islandof Venicethe ACTV Vaporetto-water bus is the easiest way to get aroundVenice you will have to buy a separate ticket once you get to theIsland.

The Cheapest way to get to Venice from the Marco Polo Airport is by bus. You can take the ACTV line #5  bus in front of Marco Polo airport to Venice’s Piazza Roma bus terminal. At Piazza Roma you switch to the ACTV lines vaporetto-water bus to the rialto bridge. A two day ACTV lines land and water bus pass will cost 30euro and a three day pass will cost 35euro. You can buy your ACTV pass at the airport and it will be good for the land and the water bus transportation for your stay in Venice.  http://www.actv.it/en/movinginvenice/movinginvenice It is actually fairly easy to use the land bus and water bus system.

The most expensive and Luxurious way to get from theMarco Polo Airport toVenice is by private water taxies. It will run you between 80 and 125 euro.

Everyone should take the time to wander the back streets for a little shopping and enjoy cursing down the grand canal on a Gondola or a Vaporetto, the water buses of Venice.

While in Venice everyone should take a gondola ride! The average cost of a 40 min ride is 80 to 150 euro depending on the time of day and how busy the gondoliers are. The price of the ride can be split up between up to six which breaks down to between13.3 and 25 euro per person. If this is still more than you want to spend there are crossing gondolas called  Traghetto  and at 40 cents, they’re the cheapest and shortest gondola ride in Venice, and they can save a lot of walking.

There are only three bridges along the 3.5 km  of the Grand Canal, therefore the 7 two man gondolas called Traghetti dotted along the Grand Canal are very useful and used by locals as a fast route across canal.

The routes are clearly marked on mostVenice street maps with straight lines going across the Grand Canal and you will see signs pointing to the traghetto landings in the neighborhoods along the Grand Canal.

The locals generally stand for the ride, but you can of course sit on the seats at each end or on the sides.